Turkey Introduction Film of Turkey. Tourism in Turkey Tourism in Turkey is focused largely on a variety of archaeological and historical sites, and on seaside resorts along its Aegean and Mediterranean coasts. In the recent years, Turkey is also becoming a popular destination for the SPA and health care tourism.

Foreign tourists mainly come from the United Kingdom, Germany, Russia and Japan, but tourists from Arab countries, Iran, the USA, France and Scandinavia are not uncommon. There seems to be a trend in which British tourists tend to go on holiday to Aegean resorts such as Bodrum or Marmaris, whilst German and Russian tourists almost exclusively go to resorts on the Mediterranean coast of southern Turkey (e.g. Antalya) and Japanese tourists mainly visit Istanbul and historical sites such as Ephesus (although in both cases, tourists from almost all over the world can be found in these places, Japanese tourists visit them in very large numbers).

Other parts of Turkey Beach vacations and Blue Cruise, particularly for Turkish city-dwellers and visitors from Western Europe, are also central to the Turkish tourism industry. Most beach resorts are located along the southwestern and southern Aegean coast, especially along the Mediterranean coast near Antalya. Antalya is also accepted as the tourism capital of Turkey. Major resort towns include Bodrum, Fethiye, Marmaris, Kuşadası, Cesme, Didim and Alanya. Major cultural and historical attractions elsewhere in the country include the sites of Ephesus, Troy, Pergamon, House of Virgin Mary, Pamukkale, Hierapolis, Konya (where the poet Rumi had spent most of his life), Didyma, Church of Antioch, religious places in Mardin (such as Deyrülzafarân Monastery), and the ruined cities and landscapes of Cappadocia. (see List of Archaeological Sites Sorted by Country-Turkey) 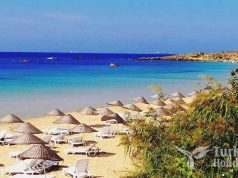 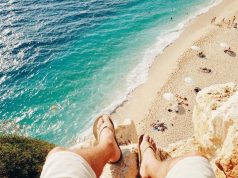 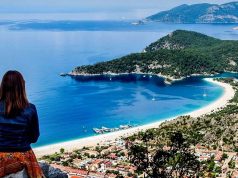 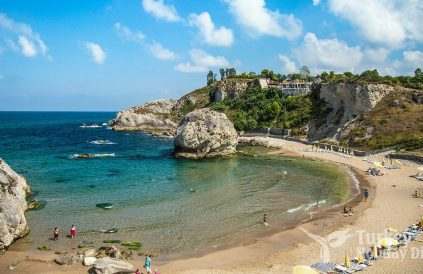