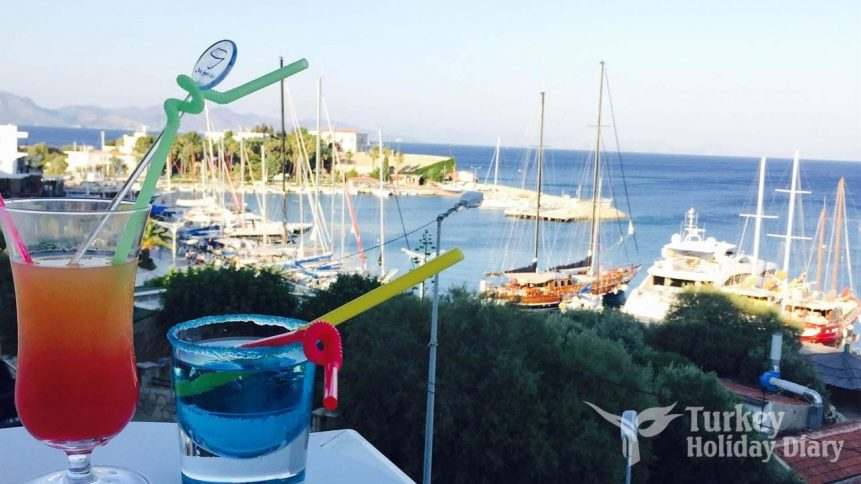 The remains of the Datça peninsula, BC. It is known to belong to 2000s. The first known indigenous people are the Carianists and the most brilliant period was during the Dors period. Dor’s BC In 1000 BC they descend through Thrace to Greece and set up Knidos, which is the center of Dor civilizations in the Burgaz region 1.5 km north east of today’s Datca district center. B.C. After the passing of the Lydian Empire in 546, Knidos entered Persian rule. 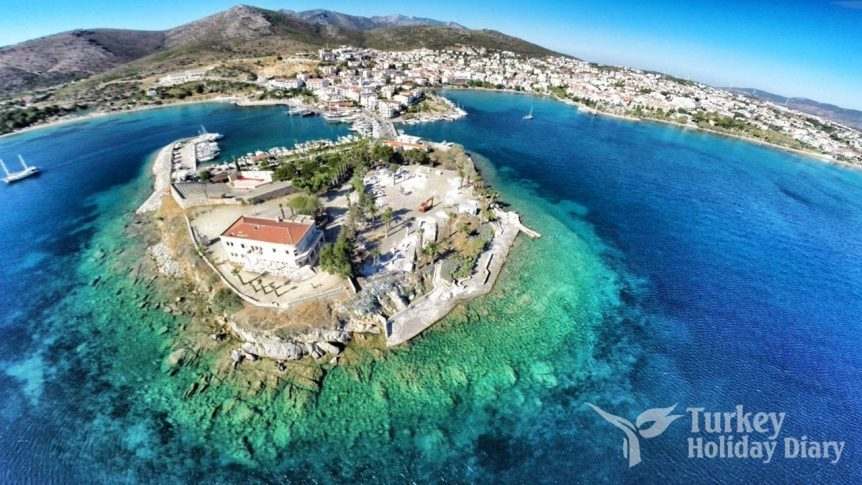 BC In the 4th century, it was moved to the extreme end of the Datça peninsula,
where the present glorious remains were observed.

Dor’s and Romens built a large

number of temples for the new Knidos. The city is famous for its Aphrodite
sculpture. The last Roman and first Byzantine temples left their places to the
churches and the city population reached 70,000.

The settlements on the peninsula

were connected to the Menteşoğulları Principality in the 13th century and to the
Ottoman Empire in the 15th century and the name was changed to Datça.

the Datça name Reşadiye during the period of Sultan Resat. In the Republican
period it was again transformed into Datça. In 1928, the first center of Datça,
which is the district of Reşadiye neighborhood, was moved to Iskele district,
which is the present place in 1947. The Datça Peninsula is still on the map as
the Reşadiye Peninsula.

In Knidos, some famous lived

like mathematician and philosopher Eudoxus, the sculptor Praxiteles, Skopas,
Bryaxis, who made the Aphrodite Sculpture, and the architect Sostrates of the
Alexandria Lighthouse in Egypt. The sculpture of Aphrodite’s sculpture, the
theater of 8,000 people, the sun clock, Demeter Mabedi, remains of Knidos
Ancient City where 80 thousand people live. The Aphrodite sculpture, which is so
famous in antiquity, that people come too far to see it, has not been found to
this day. In the district there are also mosques from the Seljuks in the village
of Khidrushah, residues of ceramic workshops, Mehmet Ali Bey Mansion in the
Reşadiye Mahallesi, Remashiye Mosque and temple ruins in Emecik Village are some
of the remnants of the history. 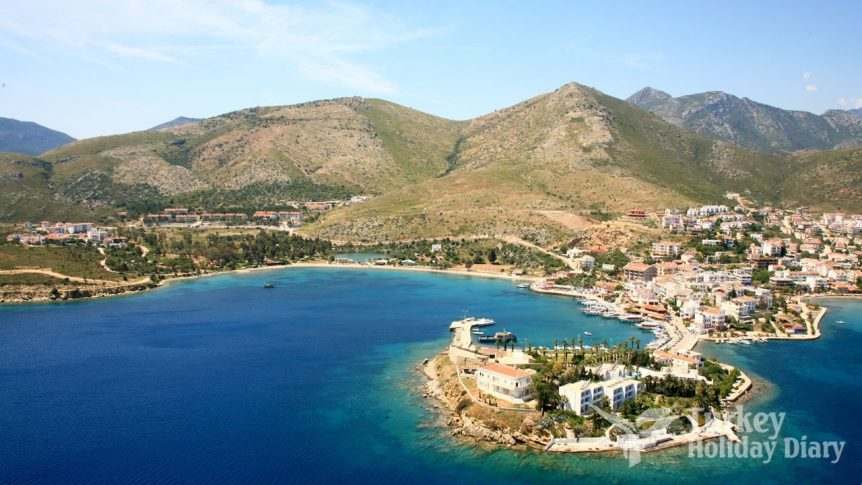 Datça peninsula is famous for

being one of the most important tourism centers in the future with its unspoilt
nature, 235 km coastline and 52 coves, rich flora and fauna and Knidos Ancient
City since it has been declared as a Special Environmental Protection Area.
There are wide opportunities for eco tourism and our country, which is
concentrated between Bodrum and Fethiye, has an important place as a focus of
yacht tourism. 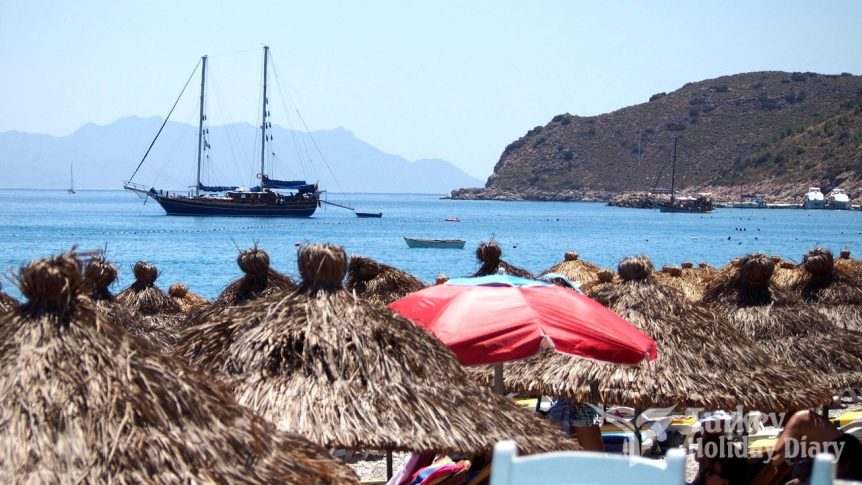 On the other hand, there are

ideal environments for nature and water sports such as trekking, surfing,
sailing for domestic and foreign tourists who have spent their holidays in our
regions. It is an ideal place for health tourism due to the possibility of
holiday that can not be felt naturally with the continuous winds and plenty of
oxygen.

importance in the economy of the province in recent years and has started to be
among the important income sources of the people. Parallel to this, it is
observed that the number of accommodation facilities in the district has
increased rapidly from year to year. The Datca Peninsula is a very important
route for the “Blue Cruise” boats built from Bodrum and Marmaris. Boats and
yachts from the Greek Islands also have an important place among the entry-exit
boats in Datça Harbor. From the Greek islands, especially the islands of Rhodes
and Sömbeki, the Greeks, who come to the city on Saturdays to exchange money,
are providing foreign exchange to the town. Construction works carried out
outside the tourism season keep the economic life alive beside agriculture in
the winter months. 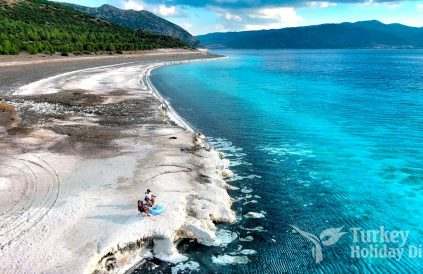 How to get to Lake Salda

Turkey Holiday Diary - February 9, 2018
13
One way around the world from the surface of Mars to have two special place in Salda Lake, is known as one of Turkey’s...